MANHATTAN, Kan. — When EPA announced its June 30 proposed rule on atrazine, farmers took immediate notice of EPA’s ultra-low level for atrazine. After examining the extensive documentation posted to the docket, the scenario has gone from bad to worse for growers of corn, grain sorghum, sugar cane, fruits, vegetables, and other crops that rely on atrazine. If adopted, the proposal would place severe restrictions on most farmers who have safely used the popular herbicide for more than 60 years.

In a published decision that concluded the registration review of atrazine in 2020, EPA set the aquatic level of concern (CE-LOC) at 15 parts per billion (ppb). If the proposed rule is adopted, over 72 percent of U.S. corn acres would be out of compliance based on a model used to predict which areas would exceed the new strict atrazine limits. According to agency documents, 23 percent of acres would exceed the ultra-low 3.4 ppb aquatic CE-LOC, and an astounding 49 percent of corn acres would be over 9.8 ppb. Areas predicted to exceed the limit would then be required to implement and document one or more mitigation practices from a “picklist” and use a lower rate of atrazine.

“It’s bad enough EPA is playing politics by reopening the finalized reregistration for atrazine with proposed levels not supported by credible science. Now we learn the agency would enforce restrictions using an unbelievable modeling system that would put 72 percent of all U.S. corn acres out of compliance,” said Greg Krissek, Triazine Network co-chairman and Kansas Corn Growers Association CEO. “This is clearly a case of agency overreach.”

Even in flat areas with little or no runoff, EPA’s radical prediction model would require growers to use mitigation practices like adding buffer strips and terraces. Meanwhile, with no input from USDA, other viable options like split applications were not included on the proposed picklist.

“Farmers were mad a few weeks ago when they saw the ridiculous proposed level,” said Triazine Network Co-Chairman Gary Marshall of Missouri. “But when you look at all the details, you realize EPA is determined to eliminate the effective use of atrazine. That’s going to cause all kinds of problems, from loss of no-till acres to herbicide resistance in weeds. It will also be a big hit when input costs are already at an all-time high and a major loss for sustainable farming.”

Additionally, EPA is proposing label changes that reduce atrazine application rates by 20 percent, ban application within 48 hours of a predicted rain event that could produce runoff, and also aerial applications.

“What is frustrating is that none of this is based on credible science. In fact, EPA is ignoring new studies and using discredited studies that were thrown out by its own Scientific Advisory Panels,” Krissek said. “EPA has committed to farmers and members of the media that it will convene a formal Scientific Advisory Panel to review the data with full transparency. But that is not reflected in the agency’s official documents. Growers deserve written confirmation from EPA that the agency will follow the law and base all decisions on credible research as determined by an unbiased scientific panel. Anything less is unacceptable.”

The Triazine Network is a coalition of agricultural organizations and their growers concerned with regulatory actions relating to triazine herbicides, including atrazine. 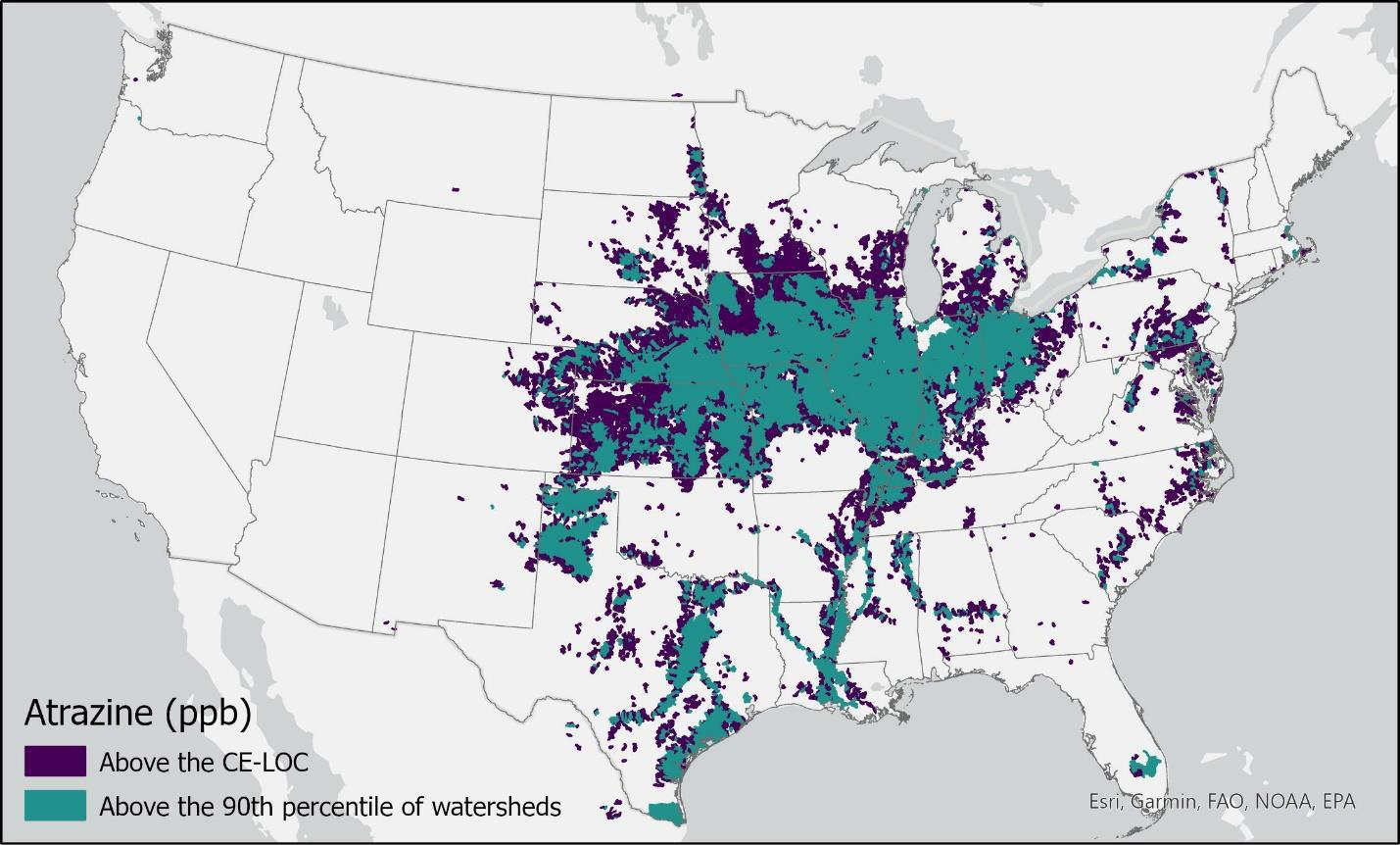 Deviating from its finalized 2020 decision, EPA is now proposing it would enforce a flawed 3.4 ppb CE-LOC utilizing a new prediction model. Using this new model, 72 percent of all U.S. corn acres will exceed the proposed threshold. Farmers in those areas will be required to use lower application rates as well as implement one or more mitigation methods, reducing weed control and sustainability practices while increasing input and production costs. Purple indicates predicted levels of 3.4 ppb to 9.8 ppb. Teal indicates over 9.8 ppb, which would require greater mitigation.

CattleFax Forecast for Producer Profitability in 2023

CattleFax Forecast for Producer Profitability in 2023